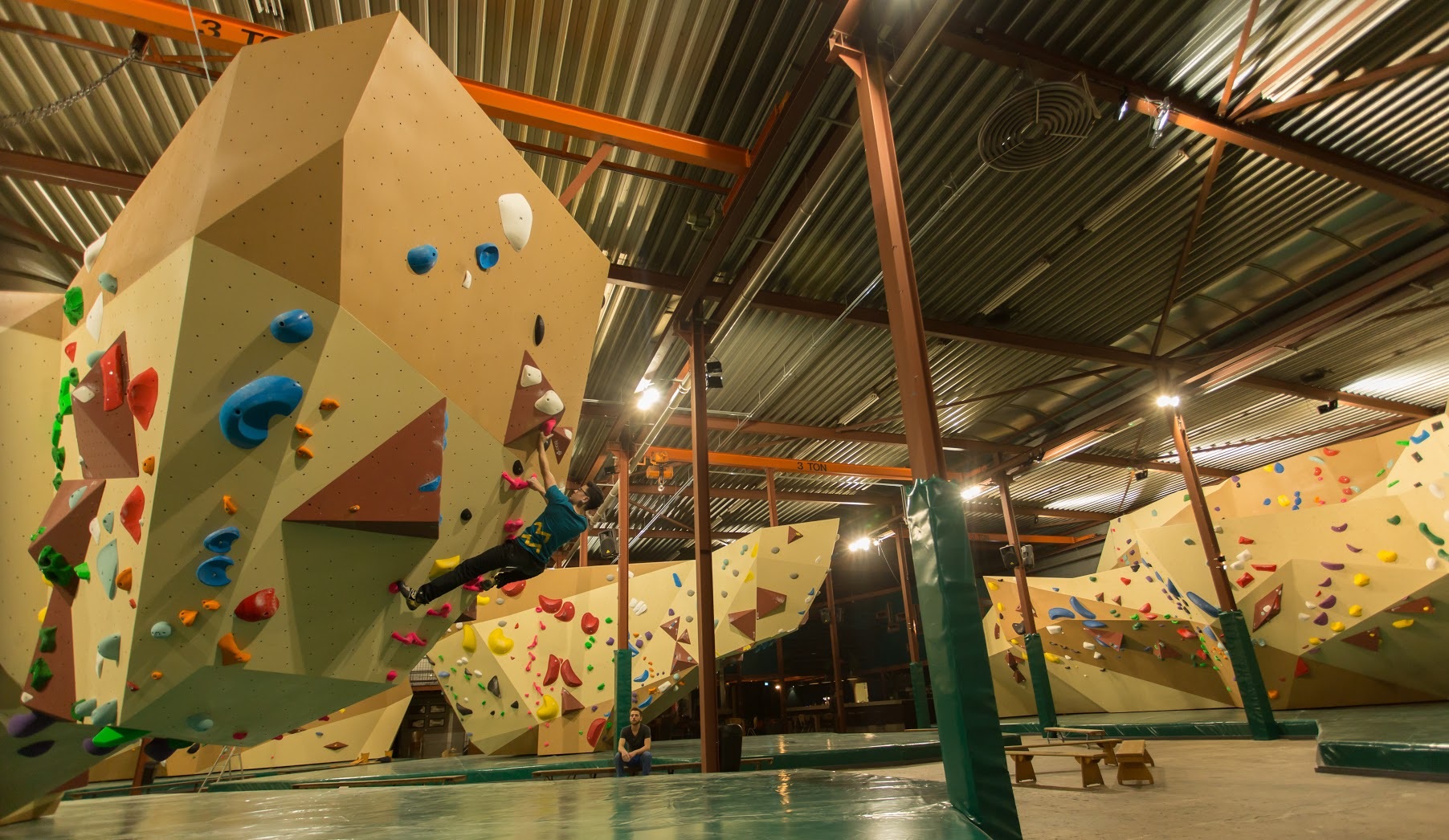 Published 3 years ago by An anonymous reviewer.

The watery winter sun had long set on the historic city of Utrecht when the first small groups of JongTNO members started flocking towards an industrial-looking building on the outskirts of Utrecht. Some came by bike, others by train. A lack of organisational foresight by the event's organiser resulted in a 15 minute long detour on foot for those travelling by train. The resulting walk through Utrecht Leidsche Rijn can be summarized in the words of R. Triodos: "I would grade this walk a 5- out of 10".

After this admittedly rocky start, a group of 30 enthousiastic would-be climbers started exploring the boulder facility.

"You're making this look much harder than it has to be"

Conclusion: we clearly need a course in Constructive Criticism.

As the evening progressed, bouldering turned out to be quite hard and physically demanding - who would have thought?. Lot's of laughs were had and after 2 hours of exhausting ourselves we decided it was time for carbonated carbohydrates.