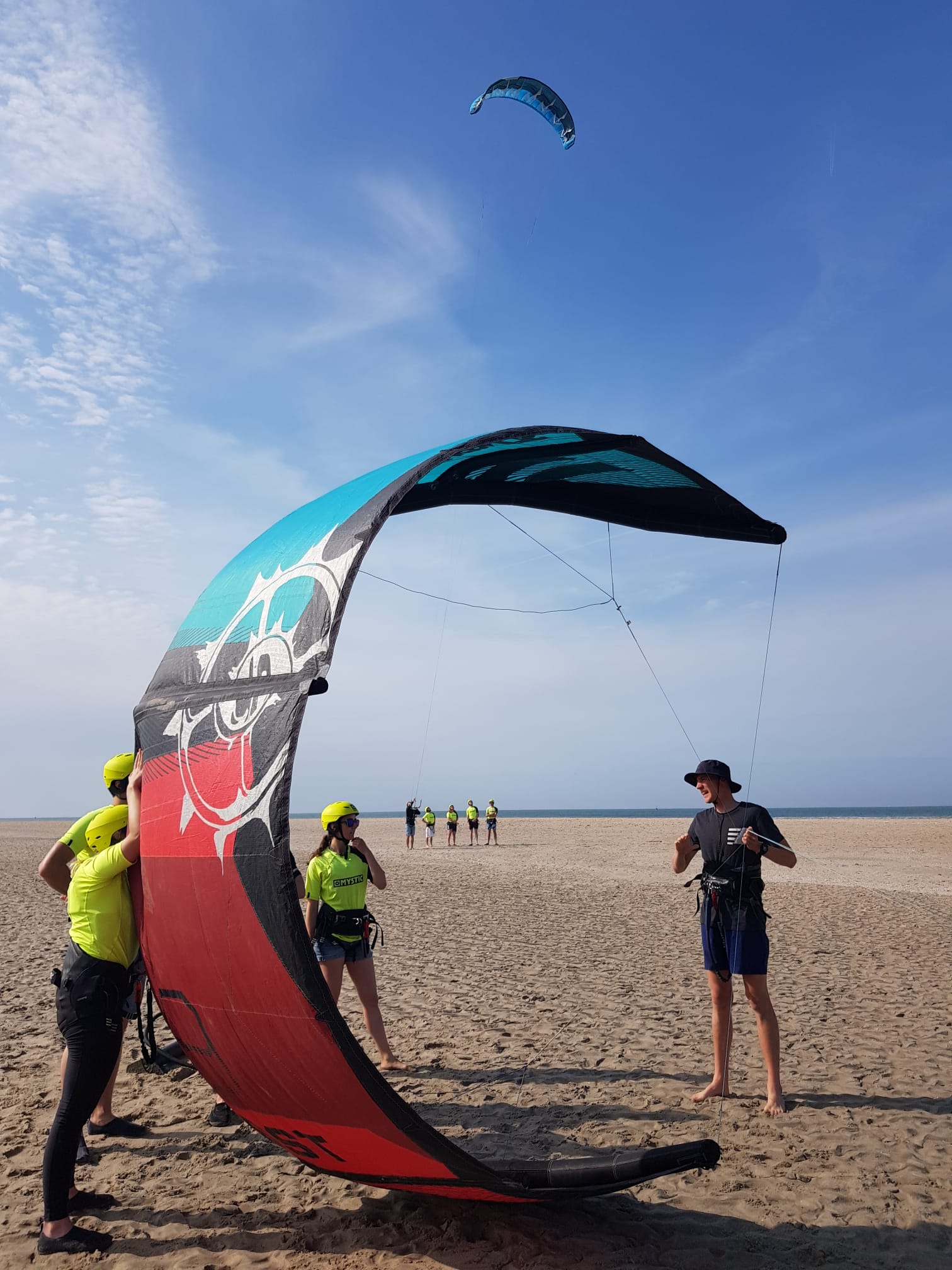 Published 9 months ago by Ben Smits.

It was the end of September, a last sunny weekend just after the infamous Jong TNO beach party, when a few well-spirited kite enthusiasts biked from the beach party all the way to Roompot Kijkduin. Which literally was an obstacle for some of us. Once at the houses we all introduced ourselves with an object to remember each other’s names. Not everyone could follow this due to aftermath of the beach party.

The next morning, after a short night of sleep, we were blessed with a sunny day and some fun activities on the beach, despite the little wind. During a game of archery tag we had a shot at each other, which was followed by a sunny lunch at the beach. Afterwards, we had just enough wind to give our rookies their first kite experience with a powerkite. People couldn’t leave it but had to take a dip in the sea: swimsuits or not, they did it anyway.

The day was supposed to be closed with a well-deserved BBQ (on a flaming electric BBQ, we were amazed), but after some fun games, a mix of 30 Seconds, Hints, and Curtains?!, it continued at the beach in the dark with an exciting game of “Weerwolven”. The werewolves had an advantage in this full moon light and thus won the game.The next day we pushed for some first kite lessons and with great success. A group of 8 motivated kiters-in-the-making had a shot at flying a kite and get familiar with the ropes (literally). The instructors were aided by the kiters from the group, not as helpful as they thought, but it made the learning curve of all the students a lot steeper. We concluded that one weekend was not enough and this will be continued.

We ended the weekend with a typical Dutch dish called “tafel friet”. Our non-native Dutchies were amazed by the sight of it. All in all we can say that this was an amazing weekend. For everyone who wants to get in touch with kitesurfing and fellow kiters, beginners or advanced, this weekend will definitely do the trick.